Who is Lasse Passage? How did your stance as a musician & songwriter come about?

Lasse Passage is my real name. I started playing guitar and writing riffs from when I was about 12 years old. Since then I’ve been through black-metal, noise-band and contemporary music – before I went on a 2 year journey around the world and figured I wanted to strip things down to playing guitar and singing.

Well, that depends on which album you are thinking of. The first one is orange, happy and tender. You can almost smear it on a piece of bread. E.g. If you take the song ‘Belize’ or ‘I Have Seen’. The new stuff is more brown. It’s slower and more pessimistic.

So I guess the best thing would be to listen to what Eat Concrete is saying.

We first heard your music following the incredible video for “Say, Say, Say” catching our attention. We weren’t the only ones who picked up on this, how much involvement did you have with the concept of that video?

Haha – that video was very simple for me. My friend Lars (the director) was telling me how much he liked the song and that he wanted to make a video. I was living in Rotterdam at the time and was Lars in Oslo – so at first he just sent me a synopsis of the story. I thought it was a great twist on the song and said yes. Half a year later the youtube link popped in my inbox. So I had very little to do with that video. Other than blessing it with approval.

We last caught up with you in 2012 living in one of Rotterdam’s monuments, the Poortgebouw, treating us to a charming version of Ice T’s ’99 Problems’. How have you been filling your time musically or otherwise since?

Ah – ja, I am still playing 99 Problems when I play live. Last year I did a show in Oslo and a 50 year old feminist (I guess) woman ran on stage and grabbed the microphone. She started shouting things like “dick, dick, cook, cook” . You know, because the lyrics that I use have a lot of Ho and bitch etc. She was pretty drunk. But it’s very refreshing to get that kind of reaction on a sweet song like that. Guess she was too old to pick up on the irony with which I do that tune.

Well to answer the question – since I arrived in Oslo I’ve been going all-in to make a living as a musician and composer. Been doing a lot of contemporary music in addition to finishing these records that now will be released. I knew that if I stayed in the Netherlands there would be no-way to survive as a musician – so coming back to Oslo was a part of that decision.

Yep for sure – for me it’s just a part of how we consume music these days. If I check out a new band on the web; no matter how good it is – i would never spend more that 20 min on that. So my approach was – how can I make an concept-album that is long and and still make it digestible for the way people consume music. For instance, there are songs on one vol. referencing a song on the other etc. that ties it all together.

Another point for me was instead of doing all the promo within a 2 week intense time (which could work for a more commercial artist with a PR company in the back) – the project will smoulder with the indie promo that we can do ourself from now and up till the vinyl release in May 2014.

You’ve always been quite experimental with your sounds, does that belief filter through to these new set of tracks? Has the break between releases changed your sound and approach at all?

Hmm, not really, because the tracks are more or less made at in the same time period – although they sound very different. That was part of my motivation for combining these different sound qualitles on the same album; that during the same week e.g. I’d made a pop production and a lo-fi cassette song. So if I am into these thing at the same time, I guess others can also be.

The title is very interesting too, we first pictured a series of Lasse Passage self help audio-books. What’s the album all about and any advice for us while we’re at it?

Haha – ja, that would be great it there was a self-help concept around it. Unfortunately it’s not. You have to take responsibility for you’re own happiness – even with this album at hand. For me the title is ironic since the tunes has never been further away from commercial success as they are now. In addition to this it was a credo for me to get away from the contemporary music scene and back into the pop-scene again.

Are there any new bands or artists that are inspiring you at the moment, or any that have been the soundtrack to your days as a growing musician?

Oh man – I am terrible at a checking out new music. I mostly try to find jewels from earlier years. Inspiration for some of the lo-fi stuff on the new album e.g. is Raymond Scott. Listen to the amazing ‘Lightworks (slow version)’. That stuff is so good. Hip-hop with tape and filtered noise. Then it’s the classics that I’ve been following for a long time – people like Jim O’ Rourke, Morton Feldman and Nick Drake.

You team up again with Johanne Birkeland for the first part of this release, are there any other collaborations to come?

Ya, on Vol. 1 we wrote “Till the Morning Comes Part I” together and I’m very happy with how it turned out. Other than that ‘Say Say Say’ will find its place on an album when Vol. 3 gets released. However there are no more featuring songs with Johanne in the making right now.

With the series of mini album releases to roll on till May 2014, is there going to be any touring alongside?

Yes, will tour in the Netherlands in the last week of April. I have a new solo-show when promoting this album – which is a singer/singbacker show. I have the guitar on playback on a tape machine – and I’m crooning through a guitar amp with a rotten mic. It’s something quite new for me and I’m very excited to take it one the road. More performance orientated, than pure concert. I didn’t look at england yet, but would be great to do shows there too.

I would make a conspiracy detector – that could determine if a conspiracy was true or not. So that if it was true, we could move our ass’s up and do something about it! 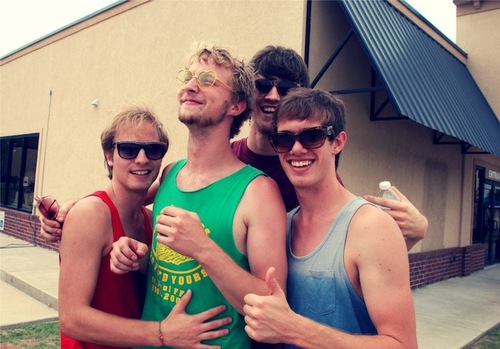 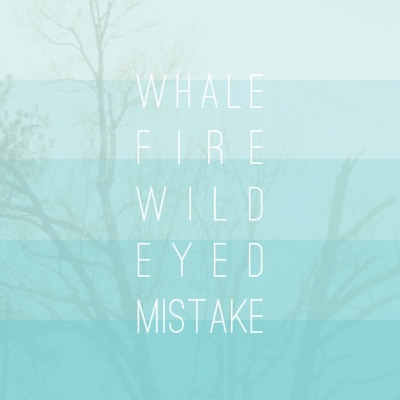 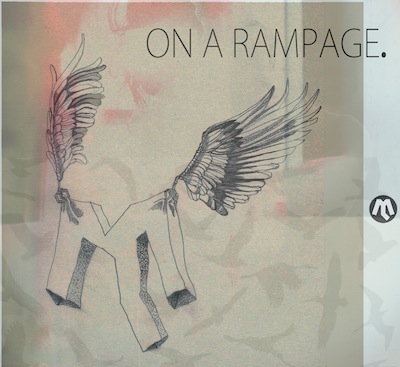